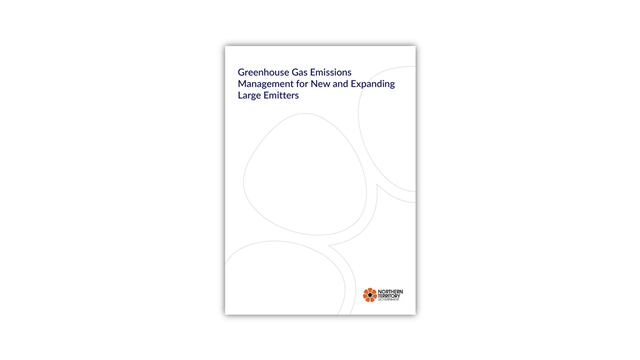 The Large Emitters Policy PDF (728.4 KB) outlines the NT Government’s minimum requirements for the management of greenhouse gas emissions from new or expanding development projects that lead to a significant increase in emissions.

The Large Emitters Policy was developed following consultation with industry and environmental stakeholders. It is part of a suite of policy and regulatory initiatives being developed under an overarching Emissions Reduction Strategy framework.

The Northern Territory Government is committed to achieving its target of net zero emissions by 2050.

Is there anything wrong with this page?